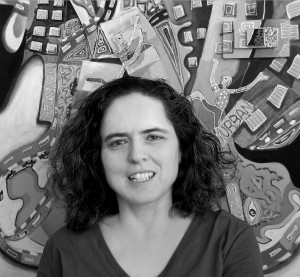 Irit Rabinowits was born in 1969 in Be’er Sheba, and currently resides, works and teaches in the Tel-Aviv, Israel area. She is a graduate of The Be’er-Sheba College of Visual Arts, where she studied from 1989 through to 1992 for a bachelor’s degree in the arts.

In 2015, one of her paintings, ”Amebeth”, has entered the everyday school curriculum and is currently taught alongside works by Reuven Rubin and Nahum Gutman, Israel’s national painters.